The first stores appeared in the United States and Japan. Then they founded the second identical mini-market “Family Mart” in 1973 in Japan and in 1981 in other countries. These chain stores are known almost all over the world, especially in Japan, Taiwan, China, the Philippines, Thailand, Vietnam, Indonesia, and Malaysia. In these countries, you almost meet them at every turn. In this article we will talk specifically about mini – markets in China. A chain of stores in China opened in 2008, although several stores have already been introduced since 1996. Shops are represented in major cities of China, such as Beijing, Shanghai, Shenzhen, Guangzhou, Chengdu, Qingdao, Tianjin and many other cities, as well as Hong Kong and Macau.

The big plus of these stores is that they are often around the clock and you can find almost everything you need in them. In appearance, the shops themselves are small, but the range is pleasing to the eye. Daily supplies of food, ready meals and much more will not leave you indifferent. Going into these small shops, hands and itch to buy something tasty. Also, there are several tables in the Family Mart and 7-Eleven (Seven Eleven) stores so that the customer can have a snack at any time.

So what is sold at Family Mart and Seven Eleven?

To begin with, as we have said earlier, you can find almost everything that is most needed you.

So, shampoos, shower gels, soap, various creams, napkins, as well as hair dye, brushes, toothpaste, deodorants, washing powders, face masks, cosmetics. Basically, all imported goods, which can often be found in all the world, so do not be afraid of unknown brands. Also, there is a clerical department, where you can find not only pens and notebooks, as well as chargers on the phone, headphones, children’s toys and many other things useful.

Go to the delicious departments. On the shelves of the store you will find dry squids, chips of various tastes, nuts of different varieties, dry algae, ready-made breakfasts in the form of flakes, cookies, waffles, muffins. 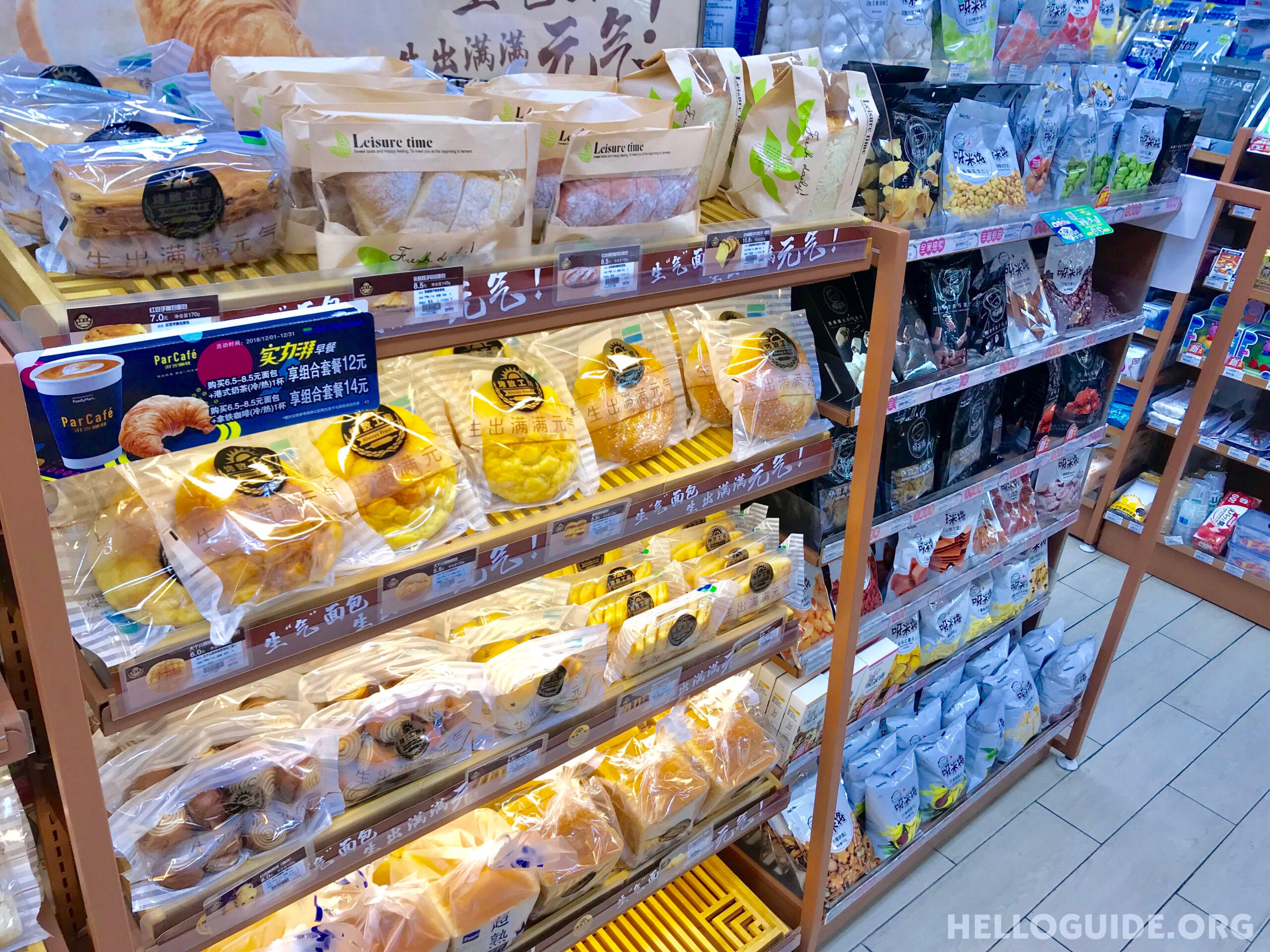 Large selection of noodles, which you can ask to brew in the store.

Coffee in bags or you can order coffee from a special coffee machine at the checkout.

Another plus, which is often very useful, on the shelves near the cash register you can find a cough medicine in the form of candy and oil with eucalyptus extract, which saves when the nasal congestion and colds.

In the store, you will also stumble onto a counter with alcohol products, where both Chinese alcohol and imported are presented. 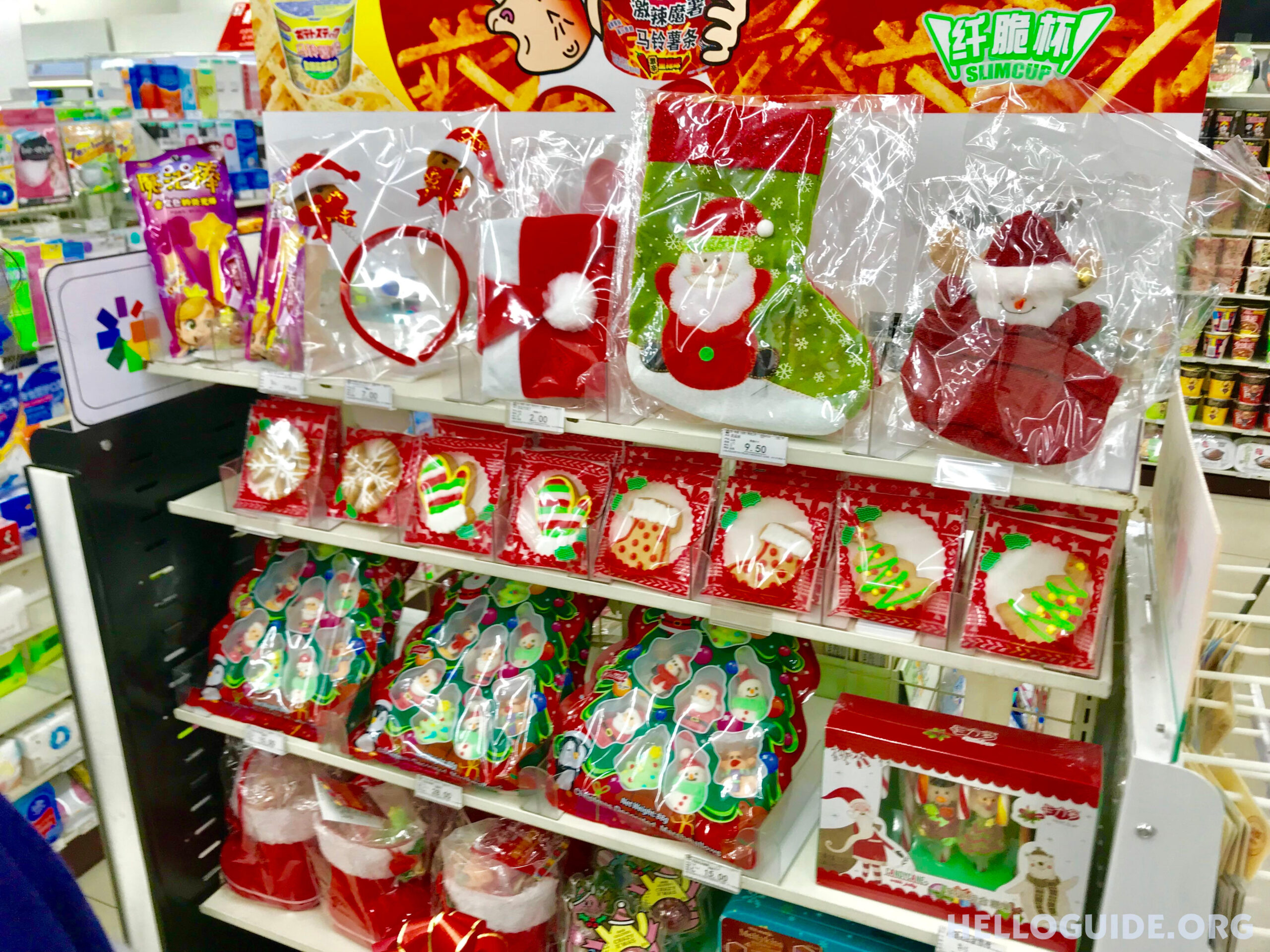 Another big plus of Family Mart and Seven Eleven stores, they have very tasty Fast food. Sellers warm them right at the checkout.

There is also a hot pastry counter near the cash registers, where you can enjoy Chinese pastries, various kebabs on sticks and sausages.

In conclusion, we want to say that stores of this kind leave positive impressions. After all, for any consumer it is very important that the quality of the product matches the price. Anyone who did not know about such a find, we recommend you! You will be satisfied!