Differences between national dietary habits in different regions of the world are caused by many factors, such as population size, productivity level, ecological situation, etc. Thus, most traditional meat dishes come from areas where the population density is relatively low, and the soil does not need to be maintained or unsuitable for agriculture. Consumption of meat as the main product contributed to the development of trade and barter exchange.

For comparison, the consumption of more products of plant origin (grain, roots, stems and leaves of plants), rather than meat, is typical for regions with a large population, limited by the area of ​​arable land and is a consequence of the mismatch of food supply and demand. Since the beginning of the large-scale migration of people, the nutrition traditions that were inherent in a particular region were adopted and adopted by other nations; Thus, the national kitchen acquired new items. In the development of Traditional chinese cuisine, we can observe the imprints of the development of all mankind.

China is a region where agriculture was one of the first in the world. The Chinese invented irrigation systems rather early; they also created canals and used slopes to irrigate arable land. Around 5400 BC in the area of ​​the Yellow River basin, chumizu was already grown, as well as underground cellars were used for storing crops. By the year 4800 BC areas along the Yangtze River were sown with rice. Since the beginning of the era of farming in China, the tradition has been rooted and preserved to this day, according to which meat is only a supplement to the basic nutrition that crops make up.

In the ancient Chinese medical treatise “Huangdi Neijing” (I century BC – I century CE., “Treatise on the Internal Yellow Emperor” – the most ancient work on Chinese medicine, is fundamental in the system of traditional Chinese medicine The book is written in the form of dialogues between the Yellow Emperor (Huangdi) and his court sage Qíbó (according to other sources, Qíbó was the Heavenly Mentor, Heavenly Healer) described the principle of proper nutrition of the Chinese, which involves eating 5 cereals neither, 5 fruits for additional nutrition, 5 types of meat for added value and 5 vegetables for filling with vitality. 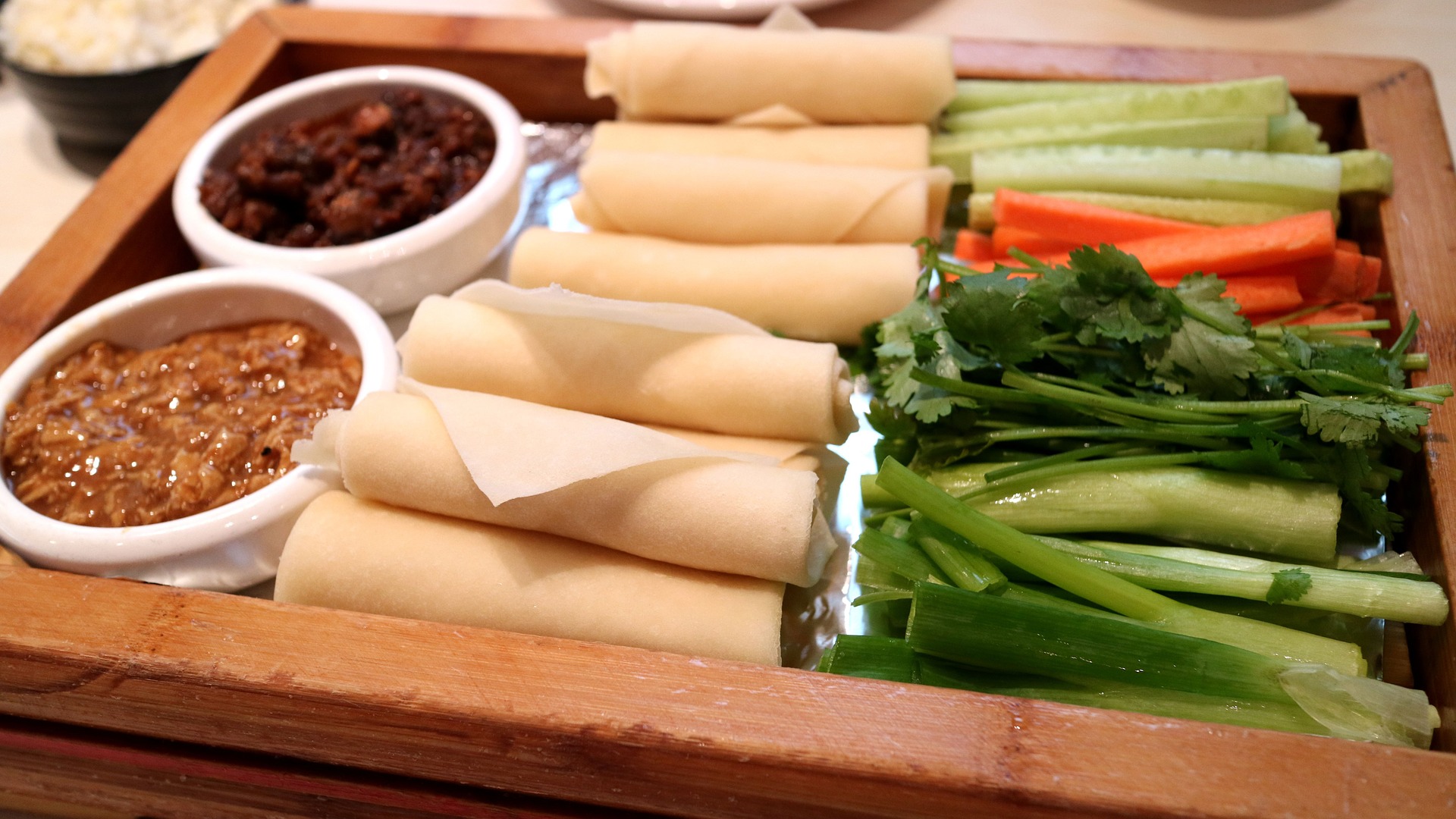 In ancient times, the Chinese divided grain crops into 5 or 6 species, which included Shǔ (黍) – panicle millet (panicum miliaceum), also sometimes called “yellow rice”, Jì (稷) – chumizu (setaria italica maxima), which was called the main Mài (麦) – five grains of wheat and barley, Shū (菽) – the common name of legumes, which are the main source of protein for the Chinese, Má (麻) – cannabis type, which is an edible type of food, which was one of the main sources of nutrition farmers in ancient times and Dào(稻) – rice.

Shu and Ji were the main grains in the diet of the ancient Chinese in the north of the country; These crops originated in China and came to Europe in prehistoric times. On the other hand, both Mài and Tao are not cultures that appeared in China. It is believed that rice came to China from India and Southeast Asia. Wheat is the birthplace of Central and West Asia, and in China it fell into the Neolithic era.

Thanks to a long experience in cultivating the land and growing crops, the Chinese have discovered many edible plants unknown in the West; they also found that many of the nutrients needed by the human body can be obtained by eating these or other plants. Such traditional Chinese table cultures as beans, rice, millet, are rich in proteins, fatty acids and carbohydrates.

Traditional chinese cuisine – wheat was the basis of nutrition in northern China, which explains the abundance of baked goods in the local kitchen. Wheat flour is used for pancakes (饼), noodles (面条), pies with a filling – baozi (包子), dumplings (子). In the south of China, the main food is rice. In addition to the rice itself, thin and thick rice flour noodles (米线, 米粉), rice cakes (米糕), sticky rice balls in the soup (汤圆), etc. are eaten here.

Written sources before the Qin Dynasty (221 BC) most often mention such fruits as peaches, plums and dates (jujubas), followed by pears, plums, apricots, persimmon, melon, hawthorn and mulberries, most Dereza, Chinese and Cherry are rarely found. Most of these plants originate from the temperate zone of northern China or are imported to China in prehistoric times. Peaches, plums and chestnuts are often used in ritual ceremonies. From northwestern China through Central Asia in the I-II century BC peaches were brought to Persia; and from there spread to Greece, then to other European countries. This is at odds with the generally accepted view that Persia is the birthplace of peaches. Other Chinese fruits ― tangerines, pomelo, oranges, lychee, gradually spread throughout the world. 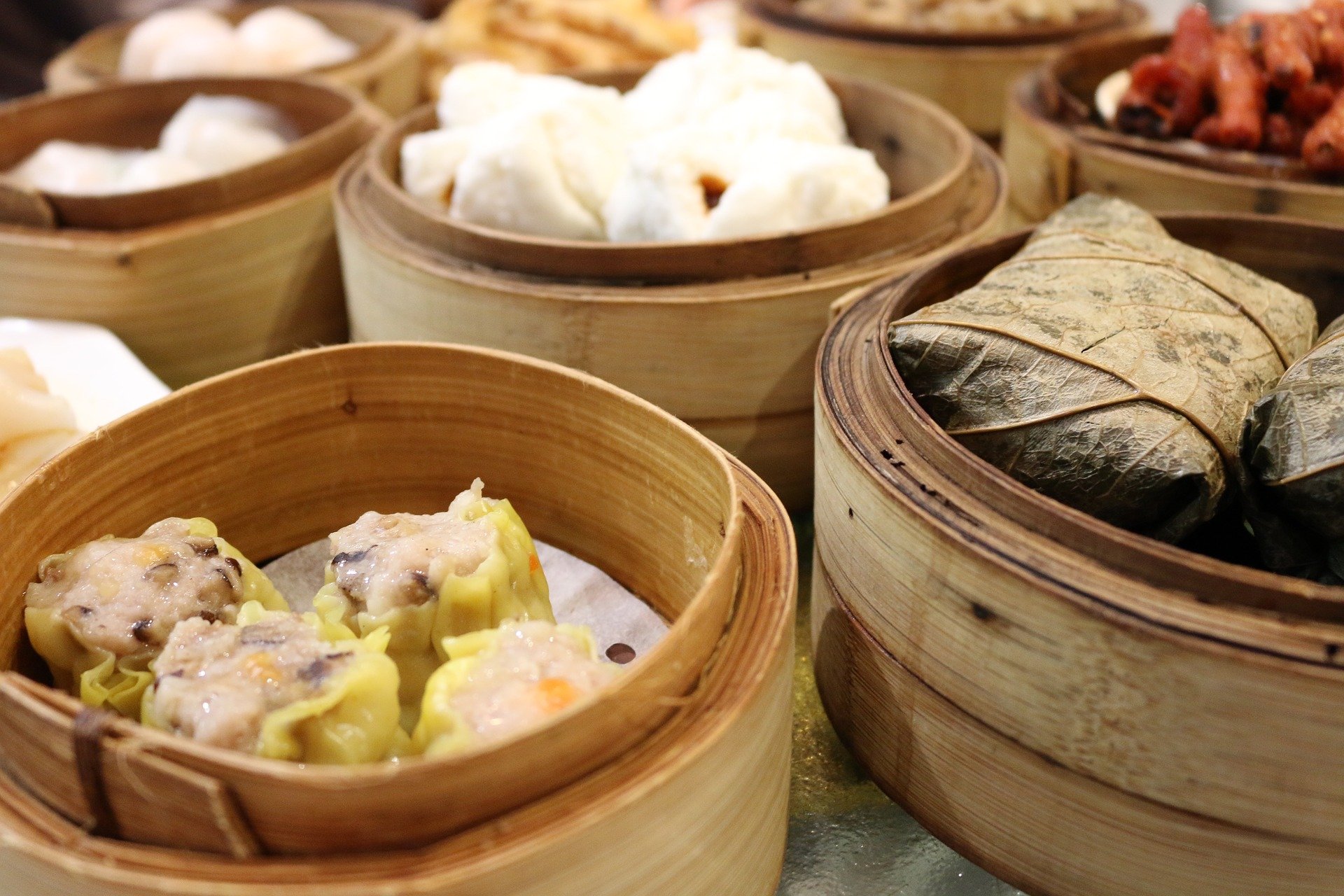