In 1974, Xi’an peasants wanted to dig a well, but no one would have thought that they would make one of the largest archaeological discoveries of mankind!

Imagine their surprise when, instead of water, they found an army of clay soldiers in armor!

Yes, we are talking about the terracotta army of the Great Emperor Qin Shi Huang.

The ruler Qin Shi Huang, known in history as the unifier of the lands, in an effort to strengthen the power and make it eternal, wanted to have a powerful army at his disposal.

The tomb of the Emperor began to be built during his lifetime. And after the death of Qin Shi Huang, about 70 thousand people close to him with their families were buried alive with him. The Chinese army was spared in this sense. At first he ordered to bury about 4 thousand young warriors with him, but living people were replaced by 8099 two-meter clay figures of soldiers. The army was deployed to the East, since from this side the ruler felt a danger to the Qin empire. 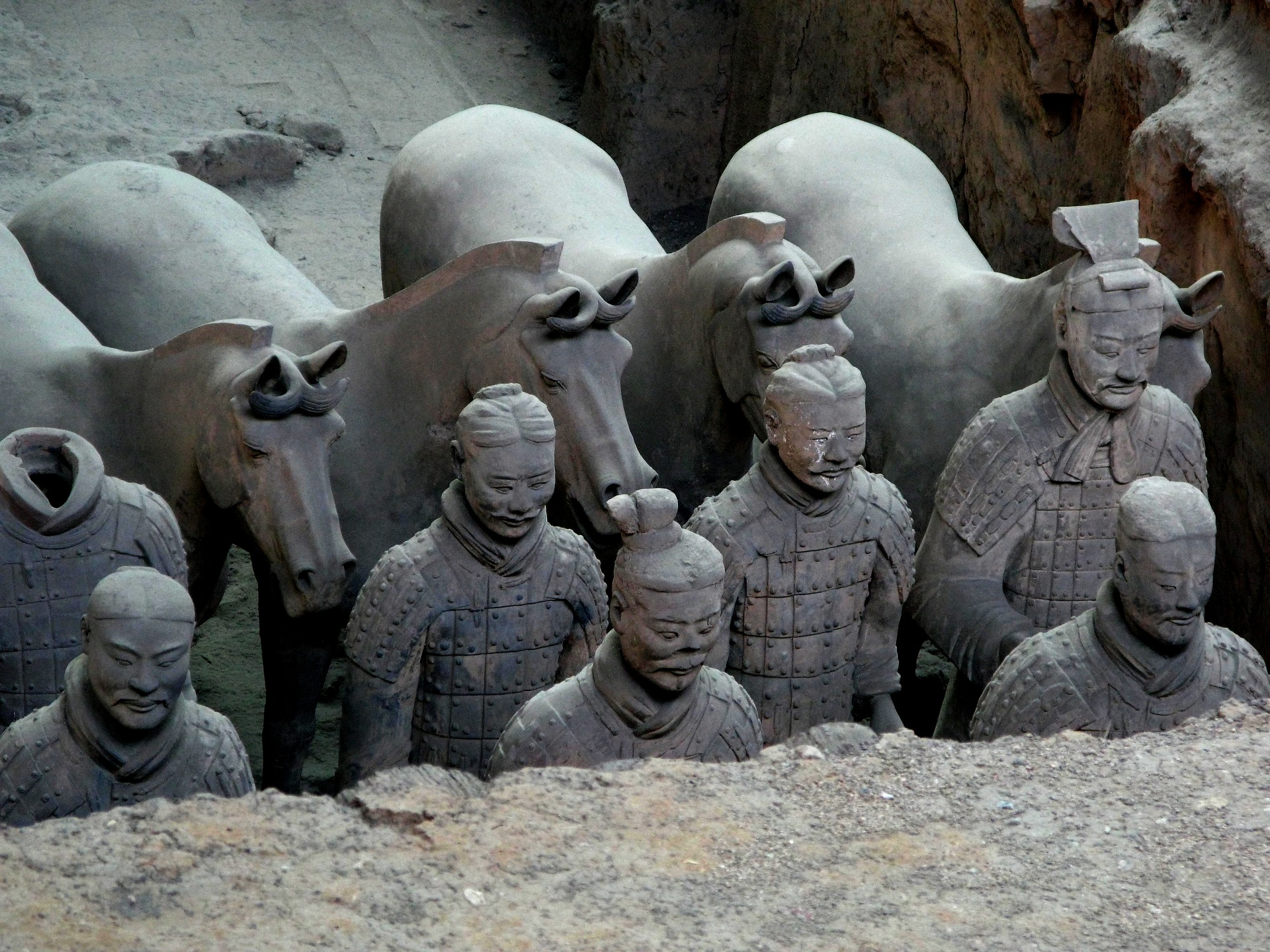 So, together with the emperor, a whole army was buried, which numbers about 8100 warriors made of terracotta clay with uniforms, horses and chariots.
Clay figures were made by hand in parts, and then assembled and fired in a kiln at 1000 degrees. According to the calculations of scientists, it was revealed that 700 thousand people participated in the creation of a huge army! The exact technology of making figures has not yet been solved.

Scientists say that the horses were made near the mountain to make it easier to drag them, since the weight of the animal figures was as much as 200 kg! The warriors were a little lighter – 135 kg.

All figures are life-size. The growth of the warriors is quite large, under 2 meters, as it is assumed, to intimidate the enemy. The statues are made with incredible precision and accuracy. Even the smallest details are perfectly worked out: clothes, shoes, hairstyles! 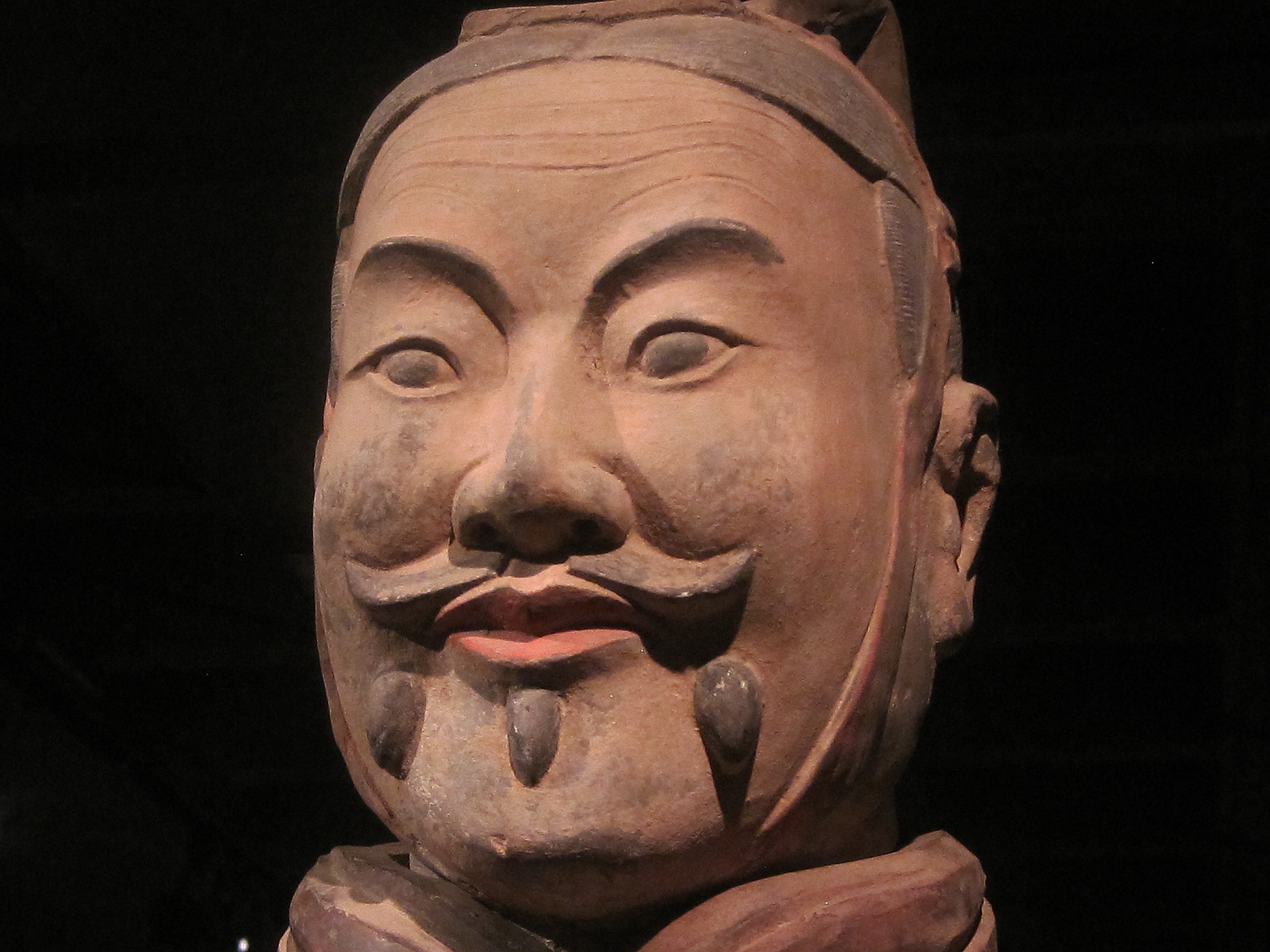 The amazing fact is that ALL THE FACES OF THE WARRIORS ARE ABSOLUTELY DIFFERENT! Scientists have shown that there are no identical persons in the army. It is obvious that the warriors were drawn from living natures.

In addition to infantry, archers, statues of civilians, as well as musicians, acrobats and other servants of the emperor were found in the army. Today the Terracotta Army is one of the most popular attractions in the world! The Clay Warriors have long been called the eighth wonder of the world.

Currently, the tomb of the emperor is recognized as the most visited museum in China. Up to 1 million guests come here annually, and most of them are residents of the former Celestial Empire.