The history of Chinese chopsticks has been around for several millennia. Scientists believe that for the first time they were used in China before our era. According to one version, it happened in the era of the Shang-Yin dynasty (approximately 1764 – 1027 BC). But in the historical notes of Sima Qian, written during the Han dynasty, it is said that Emperor Zhou used ivory sticks about 4,000 years ago. From this it follows that the first Chinese sticks appeared even before the dangling of Shang-Yin. Chinese chronicles indicate that in those days only the emperor and his entourage used chopsticks, and only in 700-800 AD they entered the homes of ordinary people. There is a version that initially chopsticks were needed only during the preparation of food wrapped in leaves. It was with their help that cooks quickly and deftly transferred hot pebbles and turned over pieces of meat, fish and vegetables. Later, the sticks became a substitute for a scoop with a long handle, which was called “bi”. If previously prepared food was removed from the dish with this spoon, then with the advent of chopsticks, the need for it disappeared. 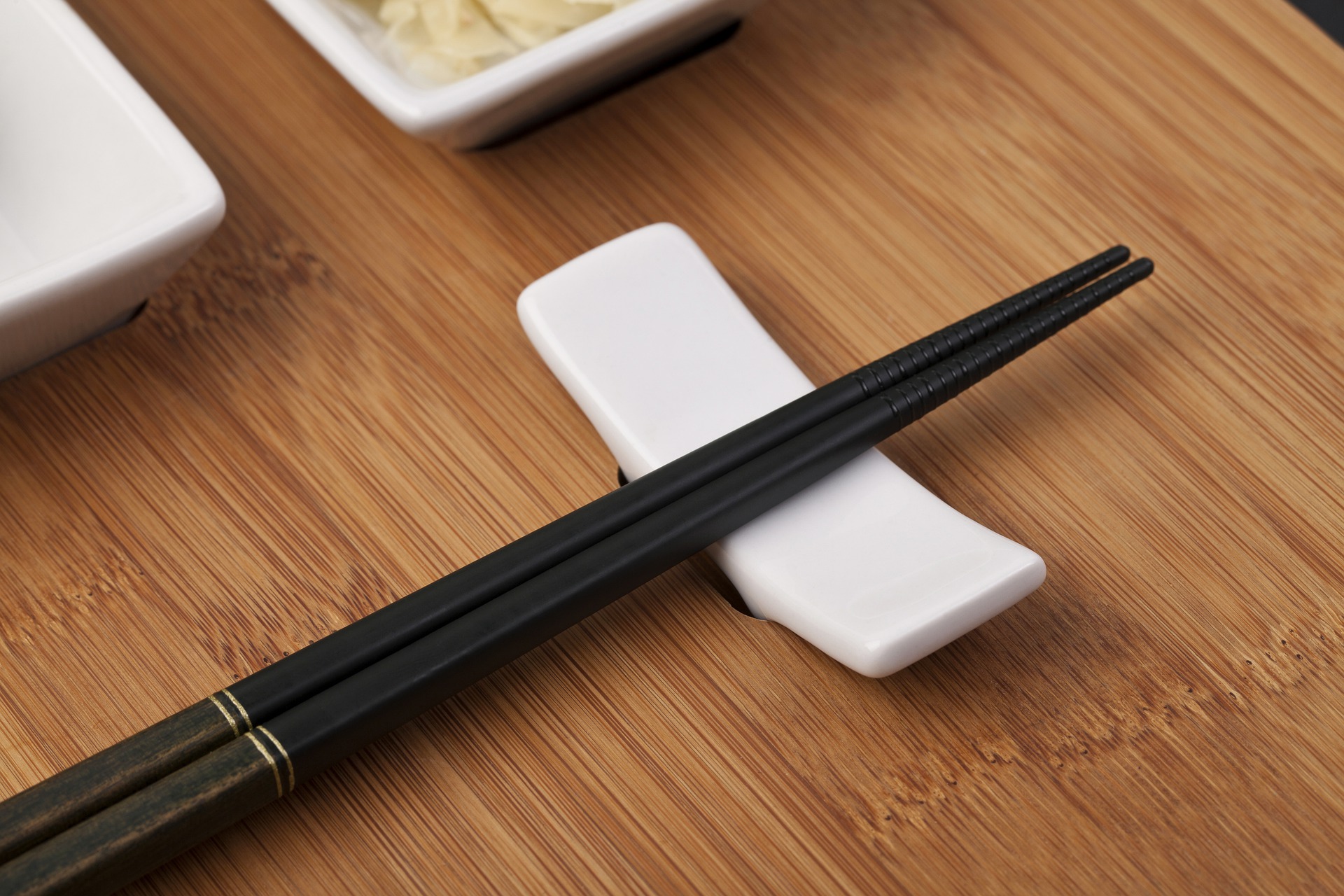 The first sticks were made for food from bamboo. The bamboo stem split in two, and its halves were folded, resulting in sticks resembling tweezers.

Now chopsticks are made from a wide variety of materials: plastics, bones, metal (including gold and silver). But most often for their production is used wood of various species. Among them are pine, cypress, plum, maple, cedar, willow, black or purple sandalwood. Chopsticks can be disposable, from those served in Chinese, Japanese or Vietnamese restaurants, or reusable, which are purchased for permanent use and stored at home with other cutlery. Chopsticks can be painted and varnished, decorated with ornaments and inlaid with metal and mother of pearl. The appearance of the chopsticks is also different: pyramid, with thick or thin ends, flat. Their cross section can be round, oval, square, with rounded corners.

The tradition of chopsticks from the Chinese adopted the Japanese, Koreans, Vietnamese and other peoples of the East, but this happened only in the twelfth century. In each of these countries, the sticks look different. Japanese Hashis are also made of wood, but they are shorter than Chinese chopsticks and have more pointed ends. Koreans eat very thin chopsticks, made mostly of metal.

How to use Chinese chopsticks 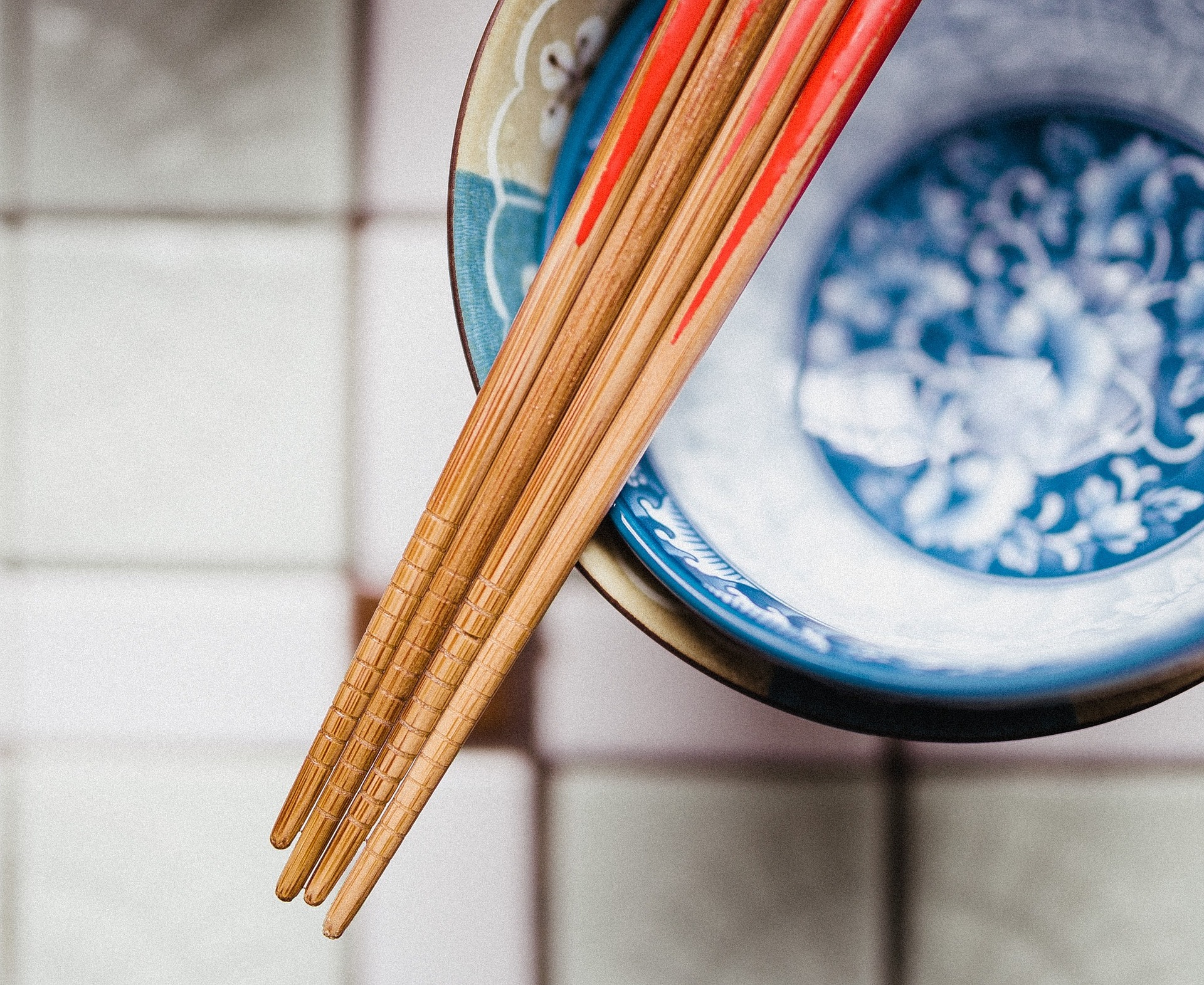 Chopsticks are both difficult and easy to use. It is difficult for those who first took them in their hands does not know how to properly hold them. To those who tried several times to use kuaizzu or hashi for food, their use seems simple and natural. It is believed that the sticks develop fine motor skills, and it directly affects the mental abilities of the child. Therefore, from an early age, the Chinese bring up children with a desire to master chopsticks: the child begins to hold Chinese chopsticks from the age of one. 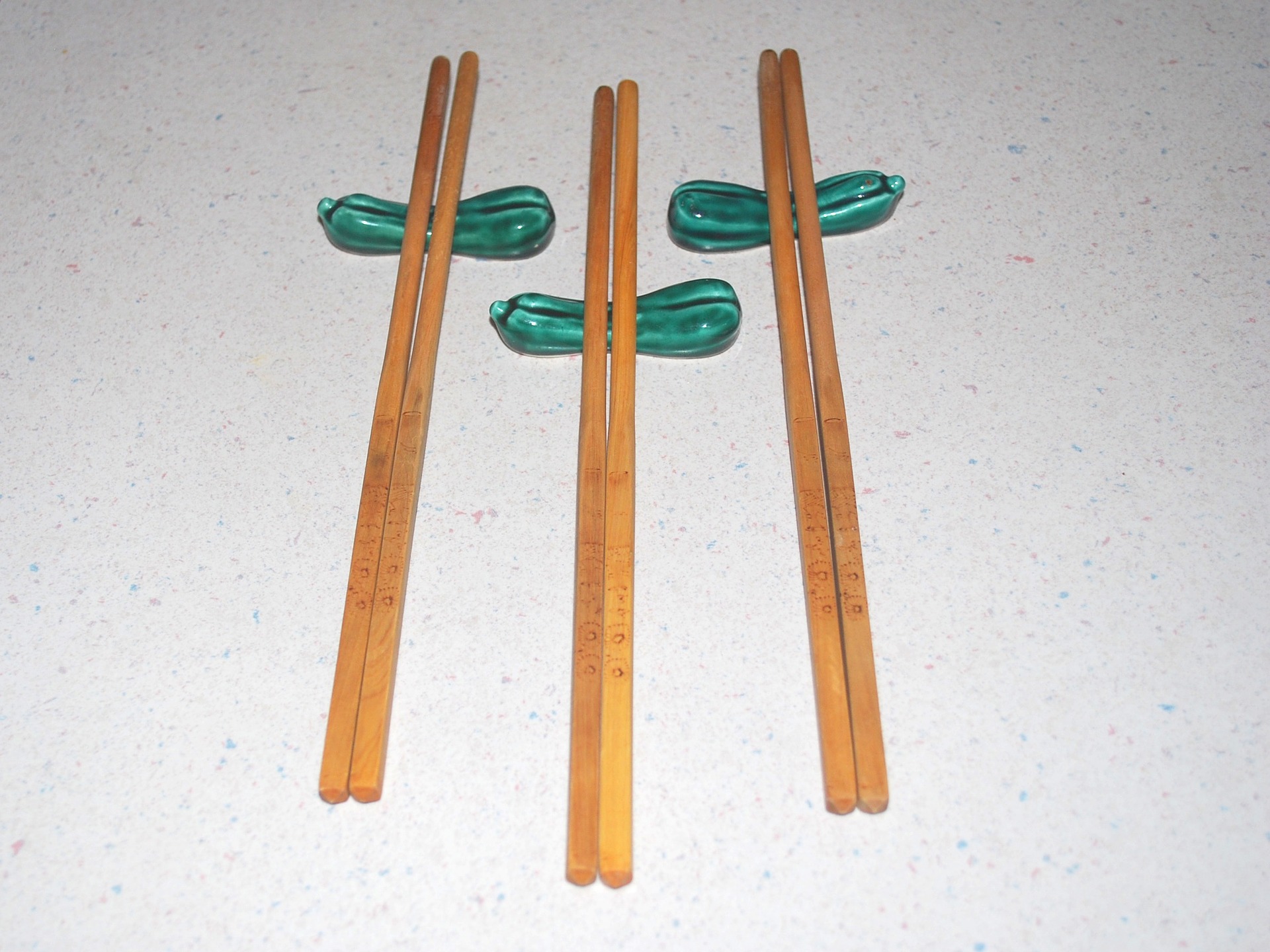 Since Chinese sticks are part of the culture and history of the country, many conventions and ceremonies are associated with them. There are certain rules of behavior at the table. It is indecent to stab food, “draw” them on a plate or table, transfer food to another person with their help; lick sticks, point them at something, lay across the plates. Before you reach for food with chopsticks, you need to choose a piece, and then take it deliberately. When you have finished eating, you need to put the cuiz in front of the plate, with sharp ends to the left, but in no case on the side of the plate. In Japan, there are special stands for hashi sticks called hasioki. Hashioki are made from ceramics, wood and bamboo and are often of artistic value. You also cannot squeeze both chopsticks in your fist, as this gesture is considered threatening. Do not stick the cuizza in rice, because by tradition they do this when they serve food for the dead. And remember the main thing: chopsticks are designed for food, and this should be done by them. All other actions with them in hand insult the culture and traditions of the country and demonstrate disrespect for the rules of behavior at the table.

At first, it will be difficult for you to treat this unusual cutlery, but over time, after practicing, you will be able to fully enjoy not only Oriental dishes, but also cultural characteristics of their use. You yourself will appreciate all the advantages of these skills, as there are Chinese chopsticks in restaurants of national cuisine where it is more natural than using a spoon, fork and knife. 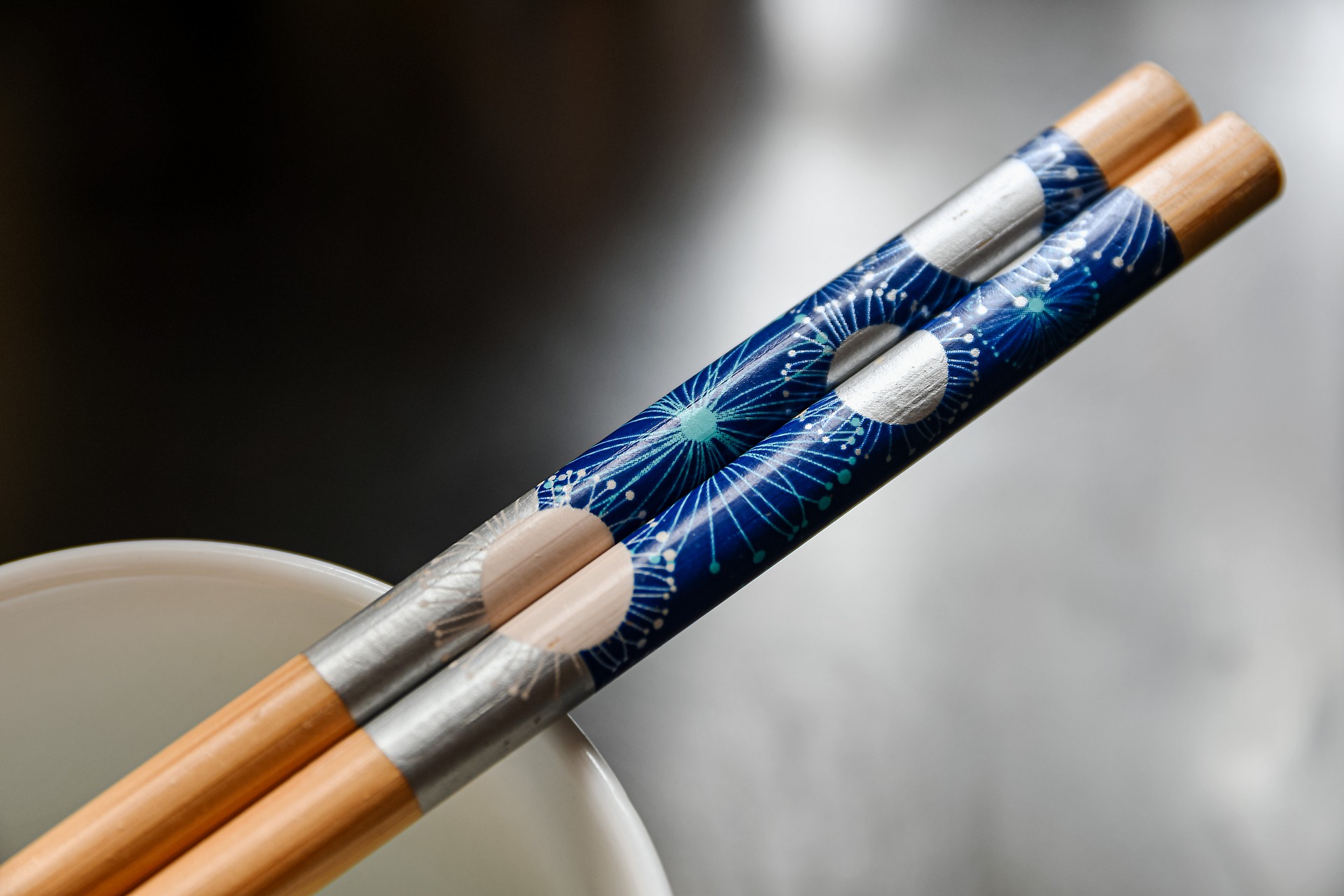