The Duanwu (端午节) holiday is celebrated on the 5th day of the 5th month of the lunar calendar. It is believed that the holiday arose as a reverence for the great poet of China – Qu Yuan. After in 278 BC. the troops of the Qin principality captured the capital of the Chu principality, Qu Yuan was unable to accept this and committed suicide by throwing himself into the river.

The people who lived near this place, upon learning of his death, came to the river and swam out in boats to find Qu Yuan’s body. This is how the custom developed every year on the fifth day of the fifth month in honor of the poet to go for walks on dragon boats, eat the festive “粽子” (“zòng zi”) and drink rice wine.

“Zongzi” is a traditional food made from glutinous rice, millet and gaoliang, which is usually wrapped in leaves (such as reed leaves). 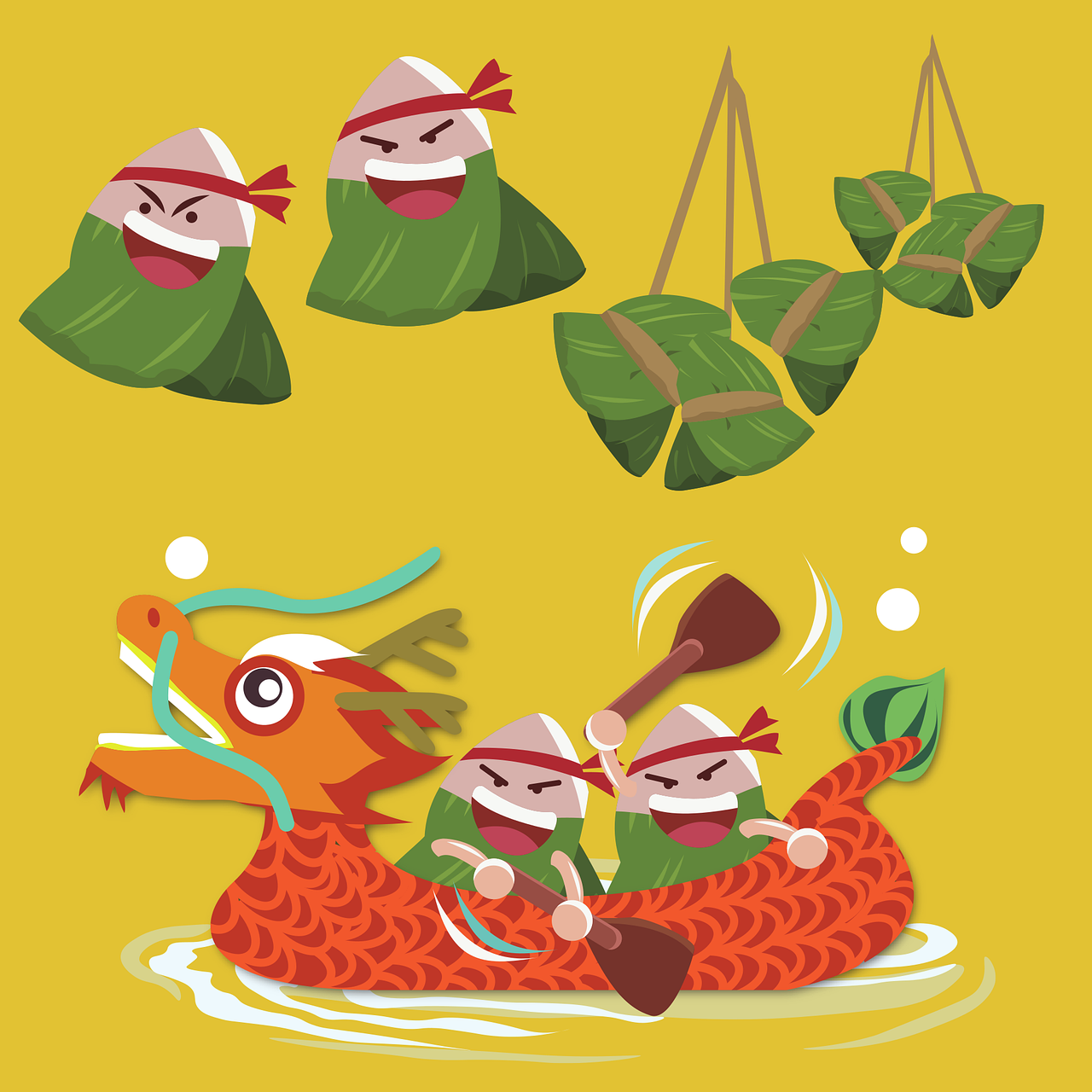 China is a country of amazing culture, which is rich in rich history.

We have already told our readers a story about the Chinese New Year and on the eve of the Dragon Boat Festival, we would like to dedicate our article to this holiday.

The holiday testifies to the onset of heat, which means the spread of summer diseases. Wormwood was used as a local amulet against all diseases. Much attention was paid to small children. Necklaces and bracelets made of multi-colored threads served as their amulet.

On the forehead of the child, the parents painted the hieroglyph 王 (wang) with henna or paint; means “prince” in Chinese. Children were taught to shoot bows and build them.

The Dragon Boat Festival, it is customary to organize traditional boat rowing competitions. This event is fun, noisy and very colorful. 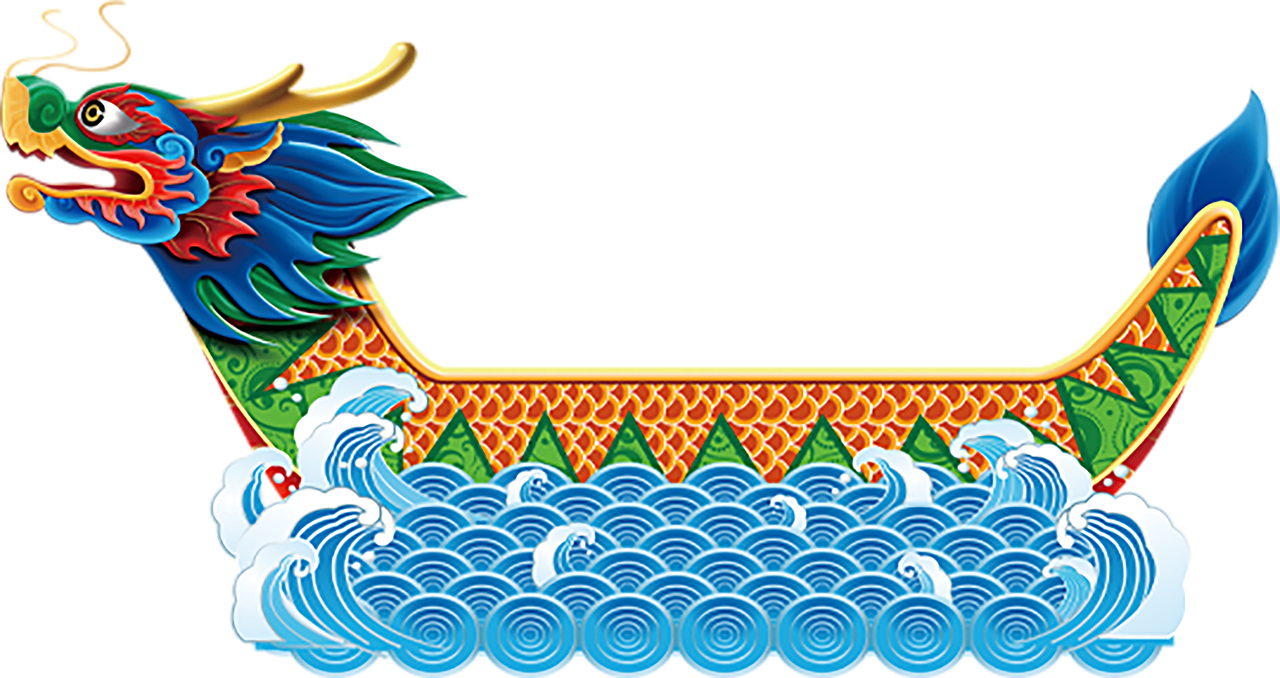 A whole crowd of people gather on the shore to see this bright and unforgettable show.

The competition is not only about who will come to the finish line first, but also whose boat will be brighter and more beautifully decorated. On the bow of the boat there should be a dragon’s head, and on the stern, of course, the dragon’s tail. Everything else is considered the torso, and it should be decorated with the brightest colors.

As for any holiday, according to tradition, there are treats that are usually served on the table on this day.

Zongzi (粽子) is served on the Dragon Boat Festival. 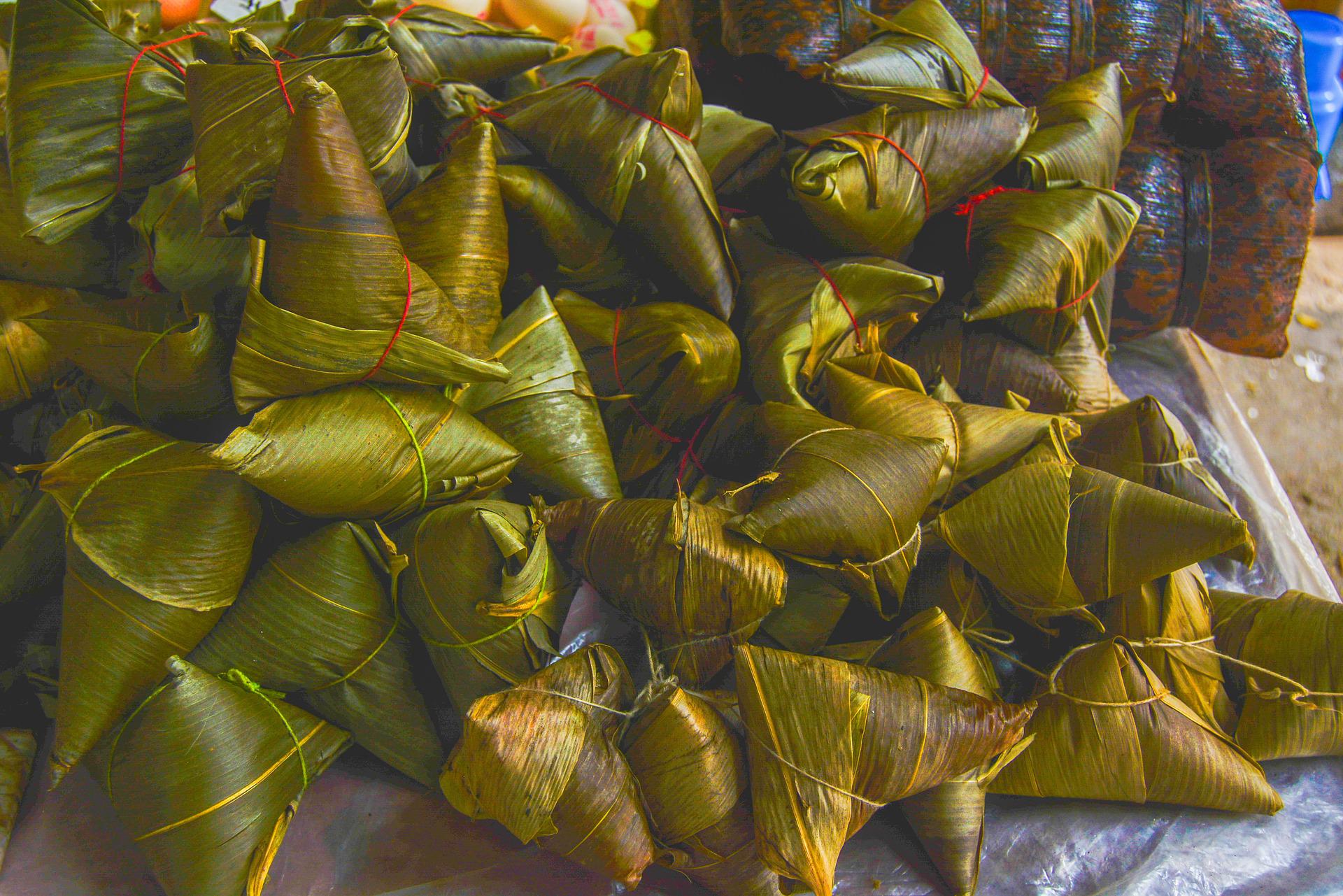 Zongzi is a Chinese glutinous rice dish with various fillings, wrapped with bamboo or reed leaves and steamed. The filling can be absolutely anything: meat, fish, sweet fruits, vegetables or various spices. 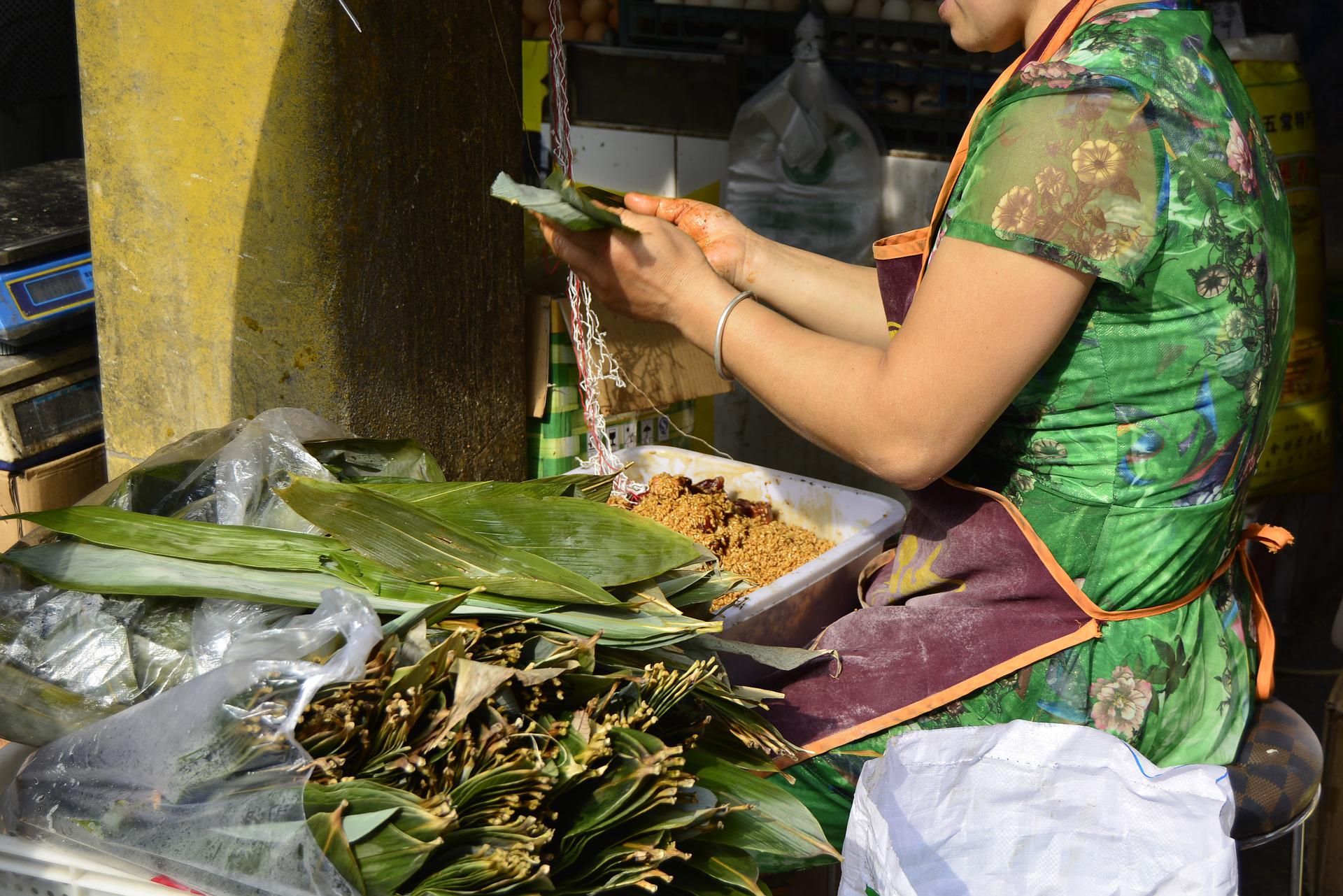