The ancient Chinese, who collected wild herbs and fruits, found that leaves of tea bushes, brewed in boiling water, were able to quench their thirst. But in the beginning, tea leaves were used as a medicine, it was called “bitter herb.”

In the middle of the eighth century, the famous Tang poet Lu Yu (陆羽) created the “Tea Canon” – 茶 经, which laid the foundations of the classical art of using tea and drinking tea.

In the tea canon, he writes that the wonderful properties of tea were discovered by the legendary ancestor of the Chinese, Shen Nong 神农 (literally “Divine Farmer”), who ruled ancient China about 4800 years ago. 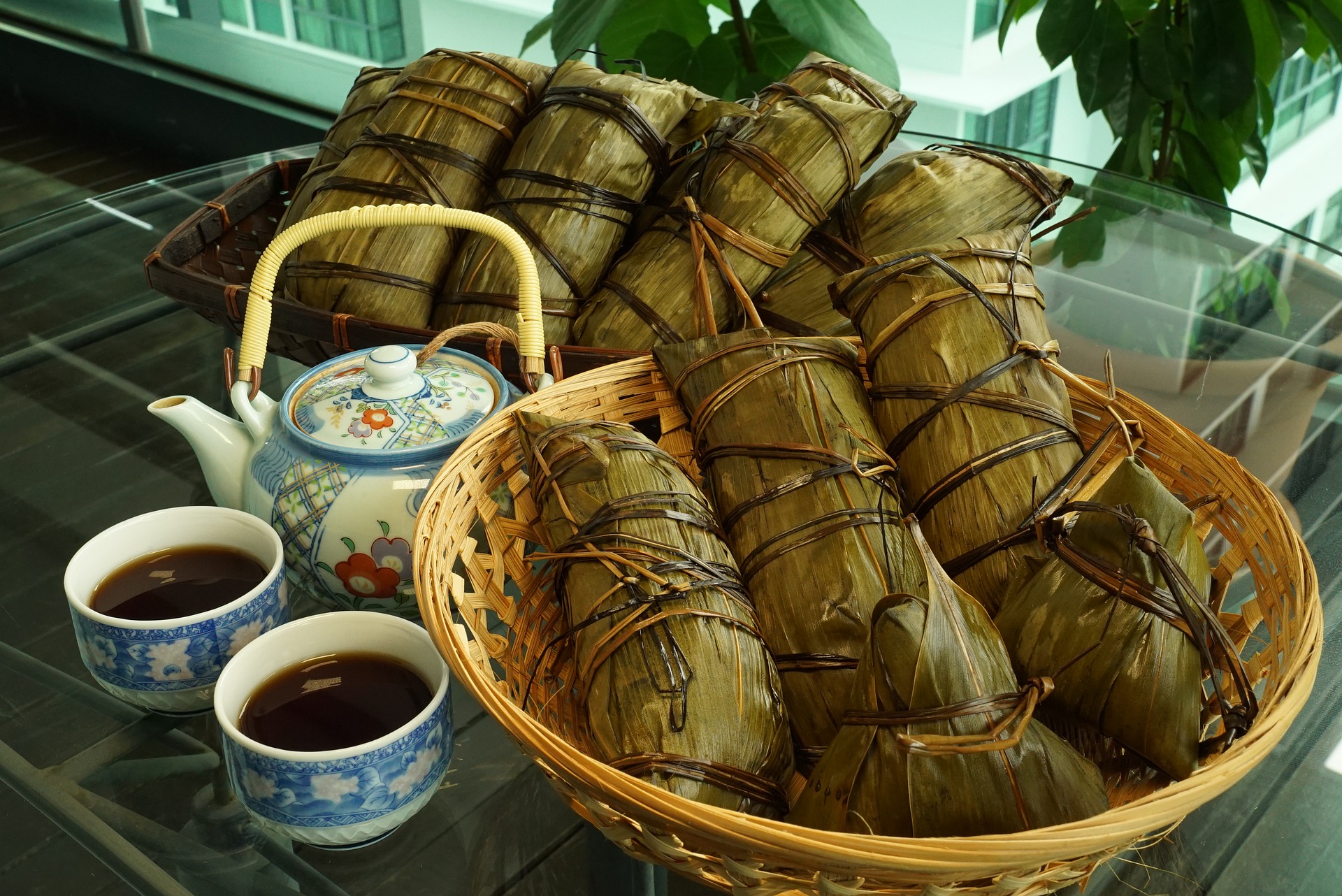 According to legend, he had a transparent belly for observing the digestion process. He tried a hundred different herbs in search of medicinal ones. He poisoned himself many times, but what was later called a tea leaf helped him to remove poisons every time. Therefore, tea was used in ancient times for medicinal purposes.

During the long process of using tea as a medicine, people have discovered that it not only cures diseases, but can also relieve fever and quench thirst. It also had a refreshing and aromatic taste, so tea became a favorite drink of people.

Tea became an everyday drink 3-4 thousand years ago in the Sichuan province (the ancient kingdom of Chu). After the unification of China by Emperor Qin Shihuang, tea began to be drunk in other regions of China.

In 729, tea reached Japan, where it was considered a precious drink. Around the 17th century, the custom of drinking tea spread to Korea, Indonesia and India.

In India, by the way, tea was planted around the end of the 18th century, it was then that it was possible to bring seedlings from the south of China.

Tea came to Russia for the first time in the middle of the 16th century. But it was only in the 19th century that they began to truly appreciate and widely drink tea.

Today more than 40 countries around the world grow and cultivate tea trees.

Tea is made from young leaves of the tea tree. Fermentation is a key element of the processing process, which causes the initially green leaves to take on a reddish brown color. The longer the fermentation process, the darker the leaves become. Tea that has not undergone fermentation is called green, it is distinguished by an emerald or yellow-green color. 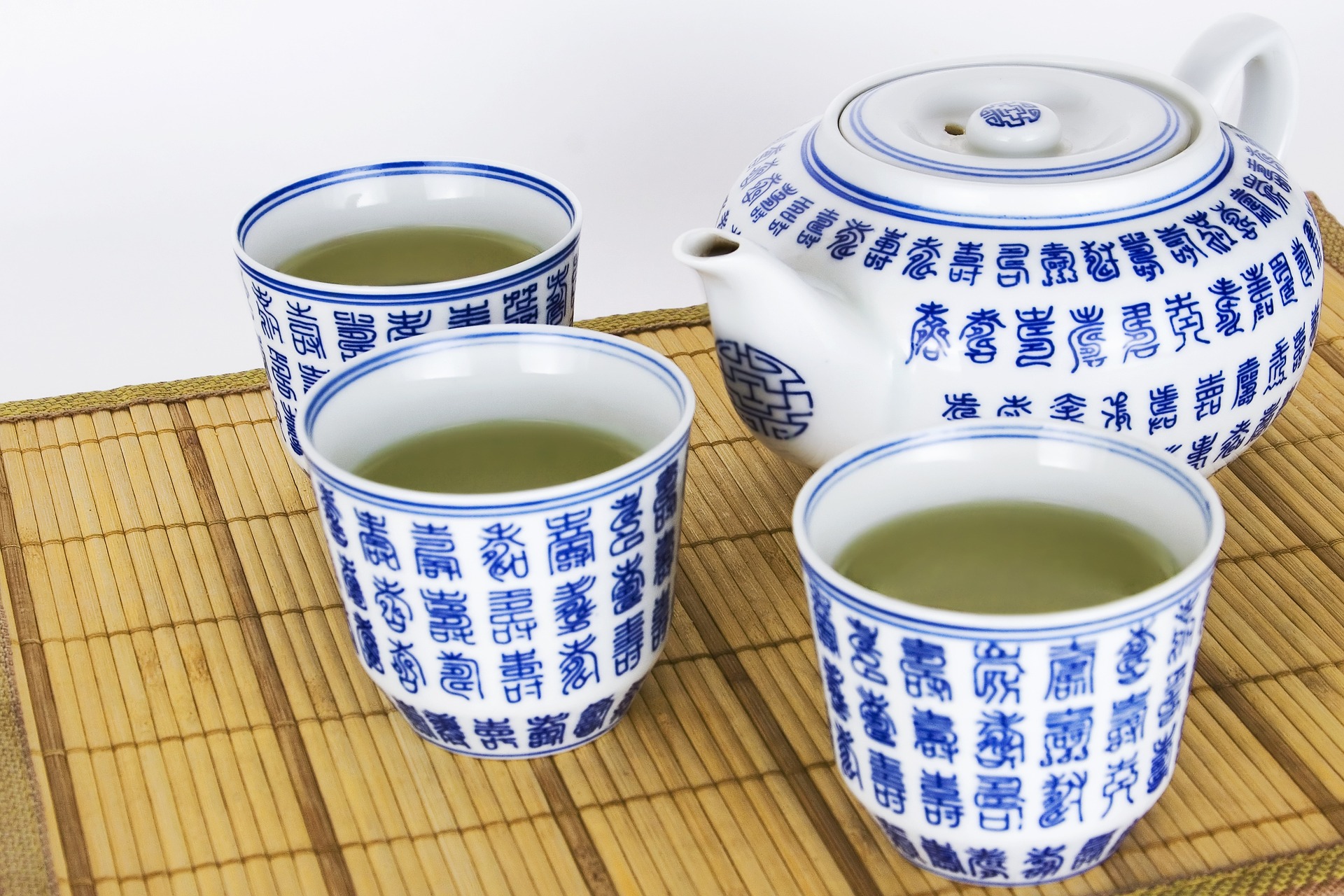 A striking example of red tea is the famous Qihong 祁红.
Strongly fermented Pu-erh tea 普洱 has a coffee-colored infusion and a peculiar taste and aroma.

Tea bushes were first grown along rivers in the southern Chinese provinces of Yunnan, Sichuan and Guizhou. In the 60-70s. of the last century, tea plantations have become not uncommon in northern China.

Dry black tea has a black color, but after brewing the drink acquires a red hue, which is why it is called “red tea” in China, while in the West the name “black tea” has taken root.

There are many black tea plantations in China, therefore, there are a large number of famous varieties named after the place of cultivation. Some varieties of black tea are named due to their different processing technology. Dry tea in the form of short strips is referred to as black tea “kung fu huncha”.

It is well known that black tea, having originated in China, spread through England throughout Europe, and then to the world. Therefore, the British custom of drinking tea at noon literally infected the whole world, becoming a tradition of the entire West.

Tea is the most common drink in China. There is even a saying there: 7 items necessary for life – brushwood, rice, oil, salt, soy sauce and tea. This saying shows how important tea is in the daily life of the Chinese. 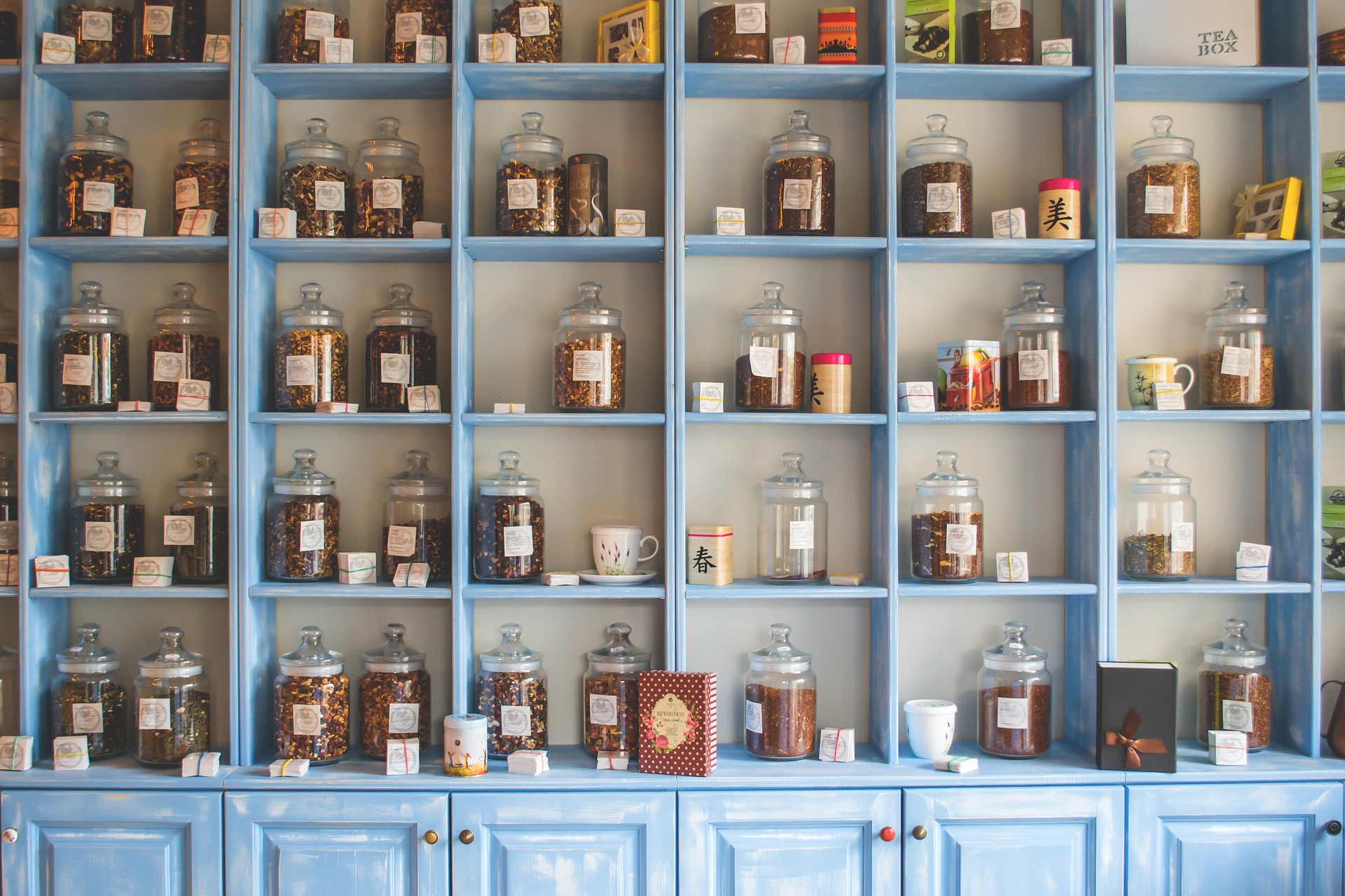 There are many varieties of tea in China, among them there are usually 5 most important varieties: black tea, green tea, oolong tea, flower tea and pressed tea. The black tea variety is obtained through full fermentation of the tea leaf. Black tea has a bright red hue, the leaves are dense. The most famous of the black teas is tea from the Qimen area in Anhui province. Green tea does not fully ferment the tea leaf. It has an emerald hue and a delicate scent. The most famous are Hangzhou (Lake Xihu), Longjin tea, Suzhou (Lake Taihu) Bilochun, and Anhui Maofeng.

Oolong tea does not require complete fermentation of the tea leaf, but only partial fermentation. Oolong tea is dry and has a long shelf life, so the longer it is kept, the better it is.

For the production of flower tea, black, green and oolong teas are used as raw materials, it is saturated with various flower aromas, and therefore the finished tea has a thick aroma and taste of fresh flowers.

The most famous among the flower teas is Fujian Molyhua tea.

Pressed tea is produced by evaporation, the tea leaf is given various shapes, for example, bricks, gingerbread, bowls.
The best compressed teas are Puerh tea from Yunnan province and Sichuan Tocha tea.

In ancient times, tea drinking was considered an exquisite pastime, cultural figures wrote poetry and painted pictures over a cup of tea, they believed that creativity needed a special state of mind, and tea allows them to know this state, allows them to find a creative spirit. Cultural figures like tea, they praise it in poetry, according to some sources, there are several thousand poems about tea.

During the Song and Tang era, people loved to organize “tea competitions”. Each person brought a certain kind of tea, talked about its positive aspects. Tea, which was recognized as the best, praised the person who represented him, and tea recognized as tasteless could make a person lose face. Such competitions were often held in the imperial palace.

In ancient times, when entering into marriage, there was one custom associated with tea. When announcing the engagement, the bride’s relatives were to receive tea as a gift from the groom’s relatives. It was called 受 茶 – to get tea.

Tea is very useful, but this does not mean that you should drink a lot of it. You should not drink too strong tea. It contains a lot of theine – tea caffeine (咖啡因), the body is overexcited and the nervous system is depleted. It is also not recommended to drink tea in the evening, after 7-8 pm. 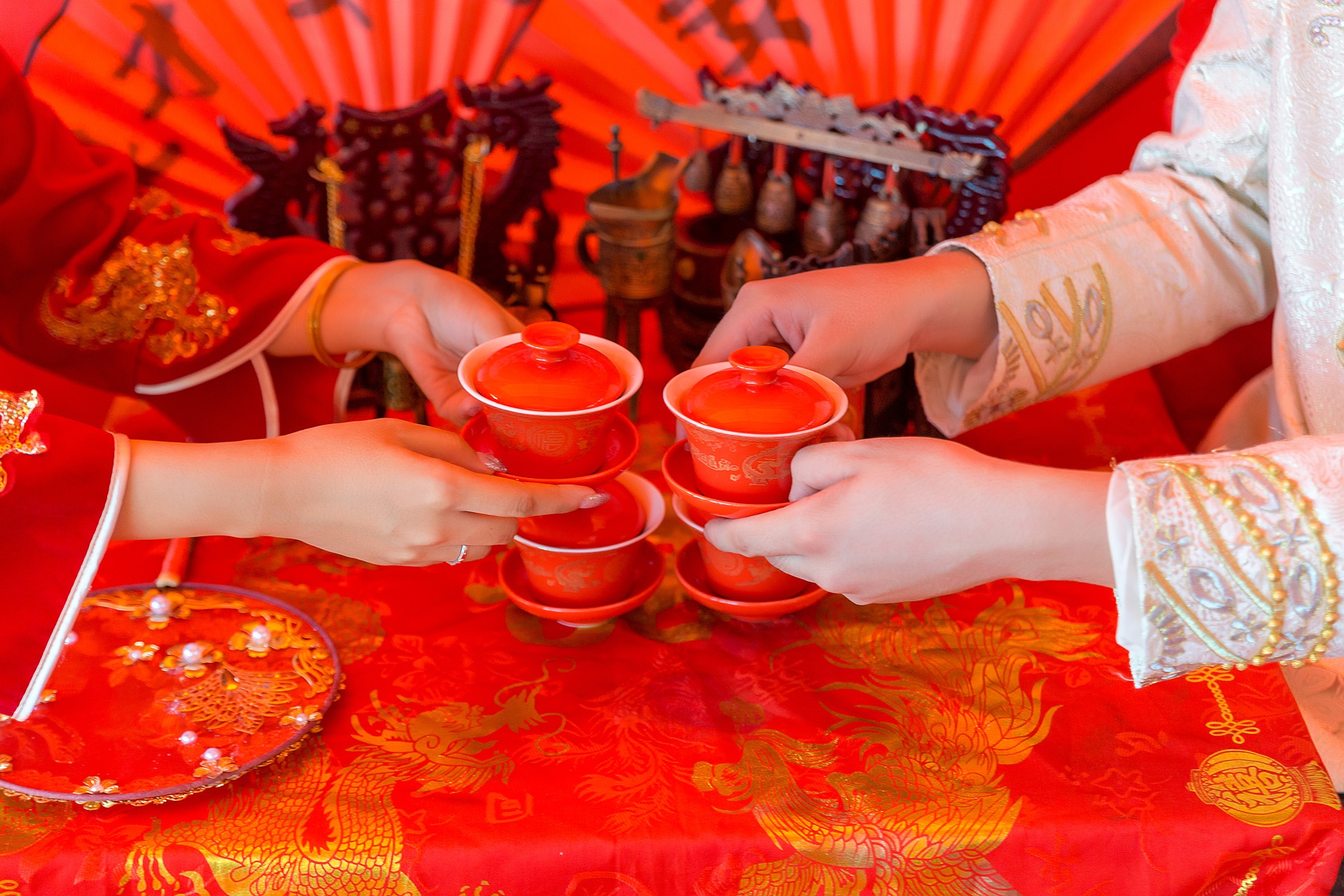 The Legend of Longjing Tea
Long ago, high in the mountains, there was a small village called “Dragon’s Well” (Longjing). There lived a lonely old woman. She had to endure many difficult and bitter moments in her life, but her heart did not turn to stone from this, but remained the same kind.

The old woman barely had enough strength to tend a few tea trees in her garden. Still, every day she took a few tea leaves and made tea for her fellow villagers. Tired peasants returning from exhausting work in the fields were always glad to have a refreshing cup of tea.

Shortly before the New Year, an old man came into the house of the old woman. The stranger, seeing that tea was boiling in her cauldron and that there was no other food in the house, was indignant. Indeed, in the New Year it is customary to slaughter a lamb or a bull in order to bring gifts to ancestors. The old woman explained to him that she was poor, and besides, she was completely alone in this world. The old man chuckled. He pointed out to her an old, cracked stone mortar filled with rubbish and offered a large sum of money for it. The old woman, not understanding the reason for his desire to master this seemingly unnecessary thing, did not interfere. And when he left for the young guys to help him carry the mortar home, the old woman decided to free it from the debris and wash it thoroughly. She buried the trash under the tea trees and poured the dirty water from the mortar into the same place.

When he returned, the stranger was horrified, because it was in the garbage that he saw enormous wealth. The deal did not take place, and it was only in the spring that the old woman understood what the old man meant. In the new year, her tea trees are covered with many emerald leaves. When the old woman began to collect them, she discovered that they were unusually tender, juicy and fragrant. The villagers began to ask for the shoots of these amazing trees.

So gradually people forgot about the bamboo plantation and started growing tea trees.

Over the years, tea with an extraordinary taste and aroma, which was prepared from the leaves collected in these places, began to be called the Dragon’s Well tea, and to this day is considered one of the best varieties of tea in China.

In preparing this article, the book “中国 文化” by 大学 was used.