One of the largest cities in China with a rich cultural and historical heritage. In Guangzhou, surviving temples have become museums with a special atmosphere. Some areas of the city are not being rebuilt in order to preserve the spirit of that time. The Qingping Unusual Market continues to operate under the old rules and regulations.

China is famous not only for its beautiful nature, but also for its handmade works. It is in Guangzhou that these places are intertwined, forming an indescribable beauty. Historical traditions remain a key factor in construction. For example, the Guangzhou-Yuan skyscraper, which has a round shape, was erected so that the number “8”, which is a symbol of the happiness of the Middle Kingdom, was reflected in the water.

So where can you go and what to see in Guangzhou?

The tower is over 600 meters high, making it the second tallest in the world. Guangzhou TV Tower opened in 2010. Despite its massive construction, the building looks “slim”. Its shape gradually curls up to the very crown and has a mesh surface.

Inside the tower are offices, an observation deck and two revolving restaurants. At night, the tower is illuminated with LEDs.

The most risky tourists can use the free fall service, from 485 to 455 meters, or ride a horizontal Ferris wheel equipped with glass cabins. 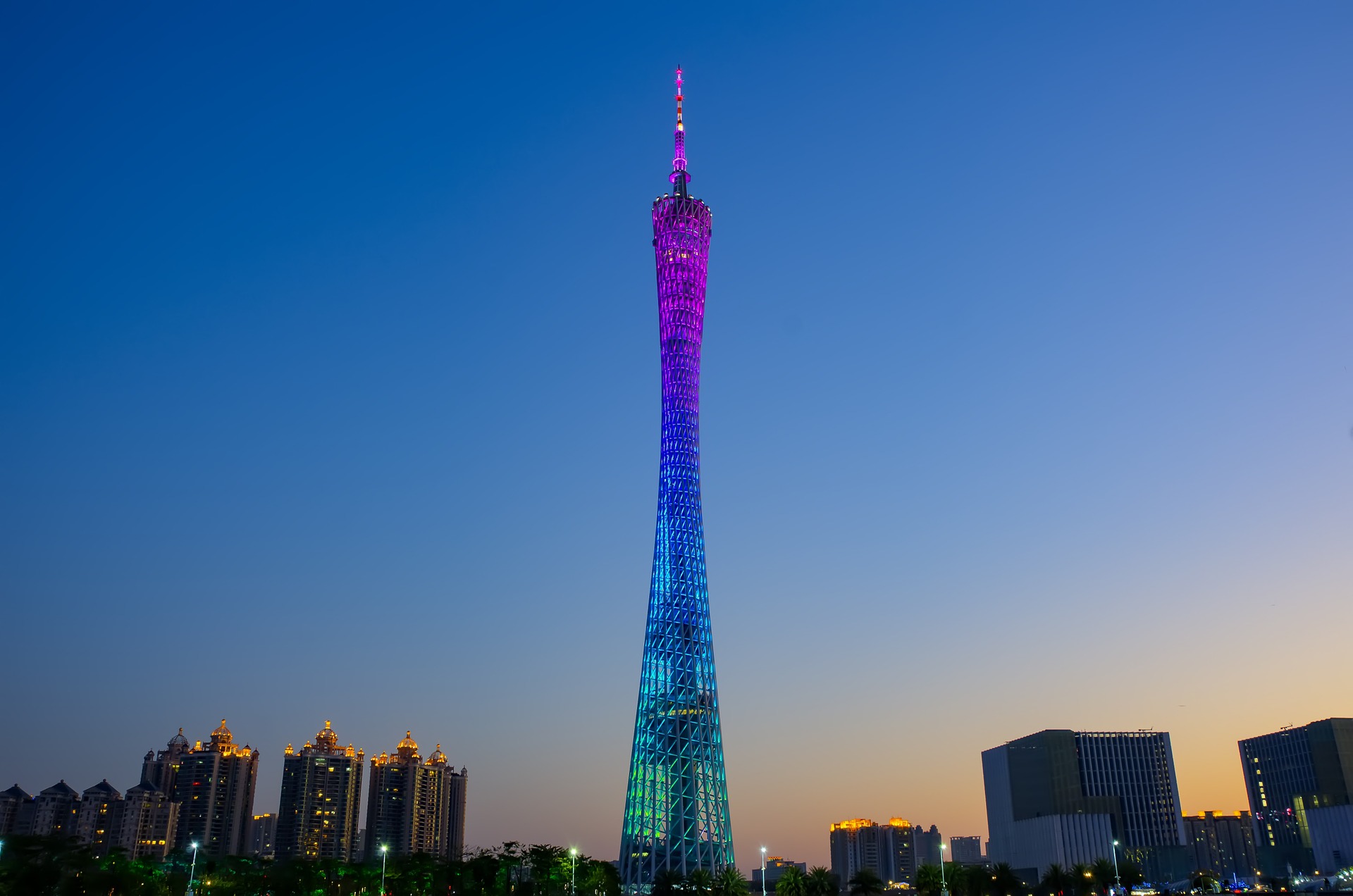 The largest square in the city, located in the center. A large alley for pedestrians is illuminated around the clock. Attractions along the square include the Opera Theater, the Guangdong Library and Museum. The uniqueness of Hua Chen lies in the many tunnels and passages that connect subway stations and shopping centers.

This square embodies all the colors of color and light. Tourists are impressed by this oasis, located among skyscrapers and other modern buildings. At night, the square looks like a magical world, it burns with multi-colored lights. Singing fountains culminate each evening.

The small island is separated from the large and bustling city of Guangzhou by the Pearl River Strait. The entire territory of the island is accessible for tourists, because here you can see a collection of architectural monuments of the colonial era.

For more than 80 years, the island was conditionally divided between France and England. Villas, restaurants and hotels surrounded by greenery have been rebuilt on Shamyan. Since 1996, the island has been recognized as a cultural heritage site.

Once on the island, you can walk through quiet green parks, looking at bronze sculptures. Take a break from the bustling metropolis by visiting French cathedrals, English churches and cozy cobbled streets with restaurants and cafes exuding the fresh smell of croissants and hot aromatic coffee. 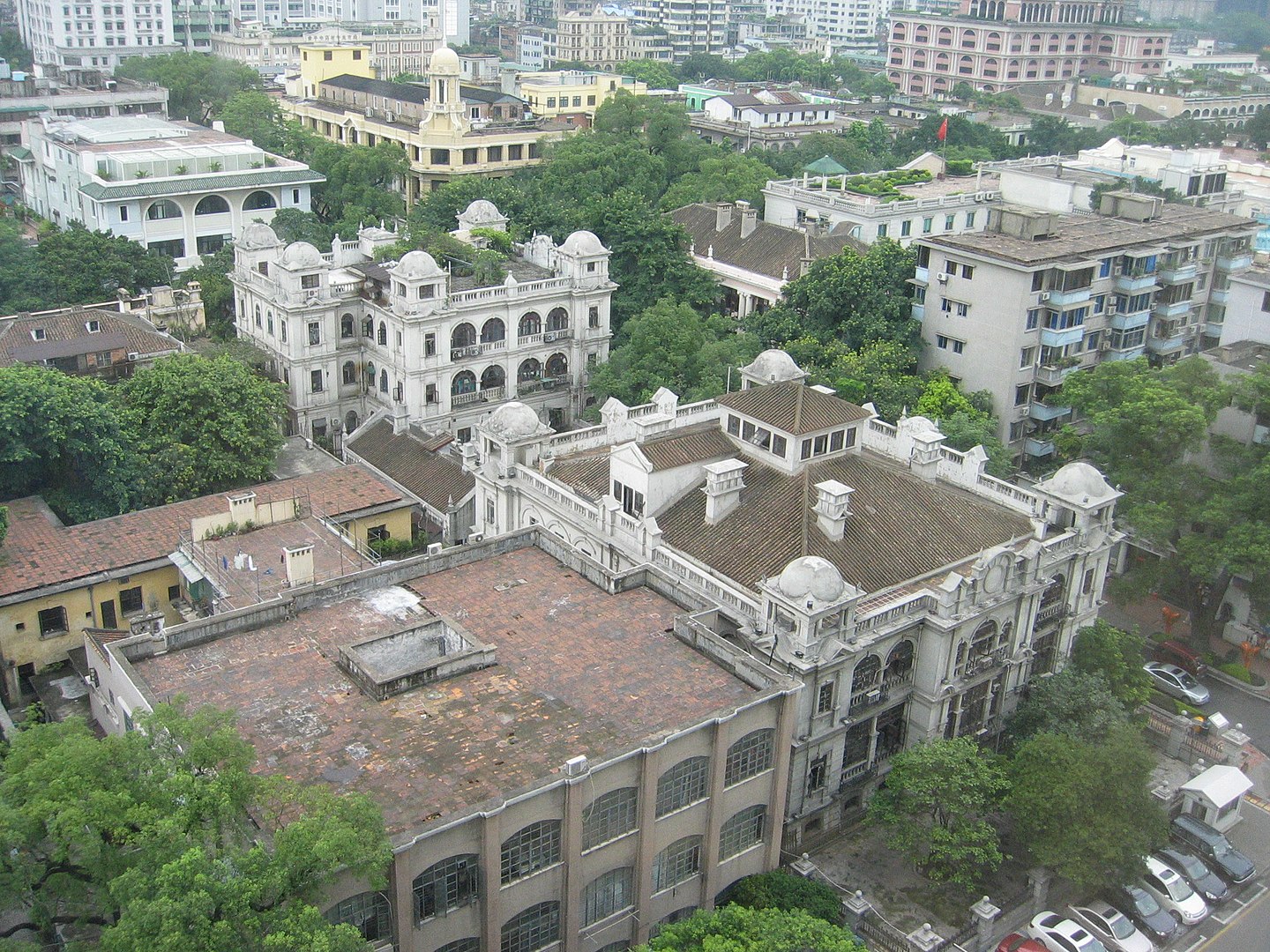 The round building resembling a wheel is the tallest in the world among similar buildings. The height of Guangzhou-Yuan is almost 140 meters, and inside there is a “donut hole”. It, like the TV Tower, is reflected in the water and becomes like a number. The people of China call the wheel-shaped building the “golden donut”.

The building houses a seven-star hotel, shopping center and offices.

Thanks to the original round shape, the building has become one of the landmarks of Guangzhou since 2013. Glory to the “golden donut” came thanks to the architect Giuseppe di Pascaulli, who wanted to move away from the standard forms of skyscrapers, and he made the right decision. 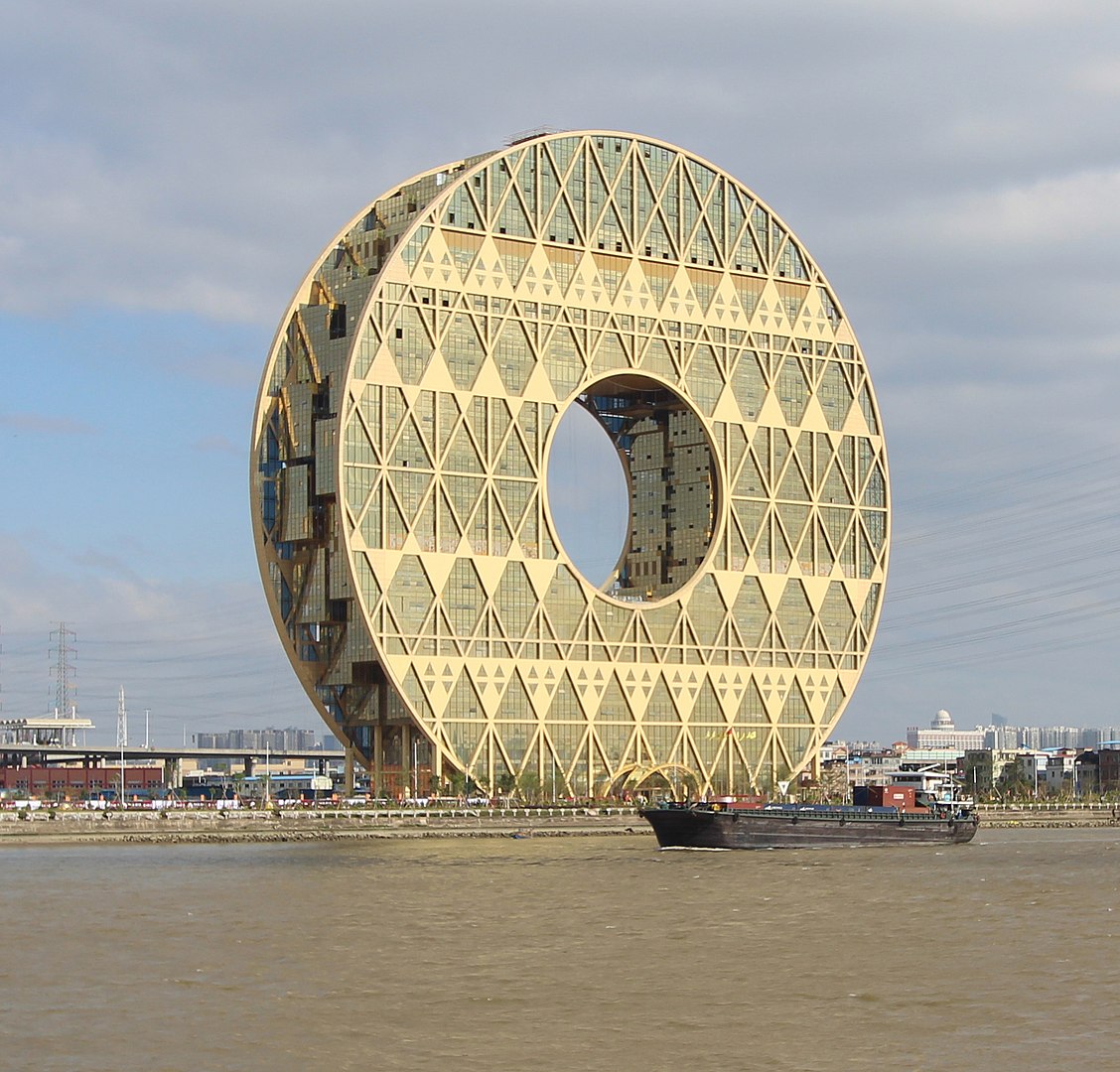 Lovers of picturesque nature and mountains will appreciate this place. This name was given because of the similar outlines of one of the hills. The old name is “Stone Lion’s Head”.

Previously, at this place, stone was mined for construction, due to which a quarry was formed, where to this day there are no forests and other vegetation, but this did not affect the general appearance in any way.

At the top of the mountain there is a 40-meter gilded sculpture of Buddha. The weight of the statue is 100 tons. Buddha looks towards the sea and shimmers with a noble golden color. The gilding of the base on which the sculpture stands took over 10 kg. gold.

In addition to sculpture, there is a water amusement park, cafes and restaurants in the Lotus Mountains. For lovers of hikers on the mountain slopes, there are walking trails.

These are not all the sights and beauty of the huge city of Guangzhou. Having visited one of these places, you will want to return to this city again and again to see even more unusual historical and cultural buildings and mesmerizing nature in certain corners of the metropolis.